Rabbi Josh Weinberg reflects on the 90th anniversary of the massacre in Hebron. 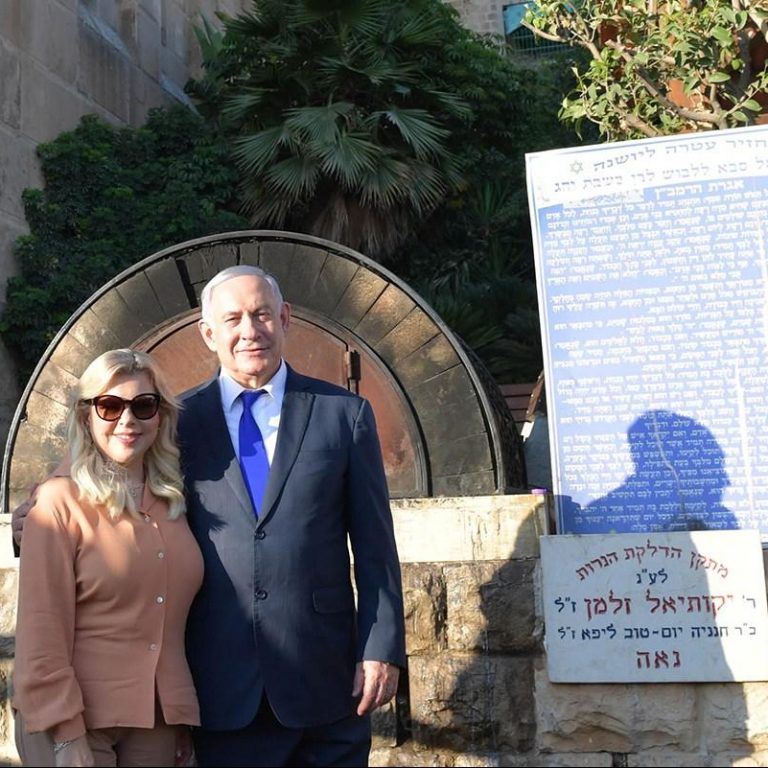 Just prior to hopping on a relatively impromptu flight to meet with Britain’s newest and potentially shortest-serving Prime Minister Boris Johnson, PM Netanyahu ended a two-decade-long hiatus and visited the Jewish community of Hevron, marking the first time that a sitting prime minister had delivered a public address in the city.

“Hebron will not be devoid of Jews. It will not be ‘judenrein,’” Netanyahu said invoking echoes of Nazi propaganda to declare Europe (and eventually the world) to be “free of Jews”. He was there to attend the ceremony marking the 90th anniversary of the 1929 massacre in Hevron.  At the day’s commemorative events we saw mainstream leaders like President Ruby Rivlin, Knesset Speaker Yuli Edelstein, and even WZO head Avraham Duvdevani make appearances to affirm their commitment to the sanctity and sovereignty of Hevron.

For the Jews of Hevron today, 1929 might as well have been yesterday. Historian Hillel Cohen, in his book Year Zero of the Arab-Israeli Conflict 1929, claims that the year 1929 is significant:

“Because 1929 is the starting point of a journey to the roots of the Jewish life in the Land of Israel, of the long time Arab experience in Palestine, and the causes of violence and bloodshed between the two.”

In the course of one week in August 1929, 133 Jews were slaughtered in the unrest around the country. In addition, 110 Arabs died, almost all at the hands of British security forces. By far the worst of the violence against Jews took place in Hevron which saw 67 Jewish deaths. At the time Hevron had 21,000 residents, of whom some 700 were Jewish and the remainder Arab Muslims. Today that number has remained basically the same for the Jewish community and grown to around 120,000 Palestinians.

Cohen goes on to explain that the murderous violence towards Jews caused a fractious and now traumatized community of Zionists, non-Zionists, Ashkenazim, and Mizrachim to coalesce around a unified national consciousness arrayed against an implacable Arab enemy. While the Jews unified, Arabs came to grasp the national essence of the conflict, realizing that Jews of all stripes viewed the land as belonging to the Jewish people:

“1929 was a cusp. It was the year in which the bloodshed made it clear to both Jews and Arabs that Jews were closer to other Jews, no matter their community or belief, than to anyone else.”

In 1968, less than a year after the Six-Day war in which Hevron came under Israeli military control Rabbi Moshe Levinger, who would go on to found the Gush Emunim movement, brought 30 families to Hevron to spend the week of Pesach in a hotel. The Government granted him permission for the holiday, and after the week they simply stayed. And the rest, as they say, is history.

Hevron represents one of the most jarring and brutal microcosms of the conflict – of violence, occupation, holiness, and murder all in one. It’s the site of pilgrimage for many to the cave of the Machpelah where the book of Genesis recalls the first Jewish acquisition in the Land of Israel with Avraham’s insistence on purchasing the burial site for himself and his wife, and King David’s seat for 7.5 years before conquering Jerusalem.  The site which became both a synagogue and mosque will go down in history as one of the most horrific acts of Jewish violence at the hands of Baruch Goldstein who in 1994, entered the mosque and murdered 29 Palestinians at prayer.

This week’s visit (after last week’s school opening by the PM in the West Bank settlement of Elkanah) was essentially about two things.

With each move, Netanyahu pushes his red lines ever further. He has been perfectly clear all along for the past 25 years that he sees no place for a Palestinian State and that the Green Line (the 1949 armistice line delineating the de facto border between Israel and Jordan pre-1967) is an arbitrary and anachronistic demarcation with little relevance to today’s reality.   There may be truth to that, but it becomes blurred with the continual cries of victimhood including Trumpian blasts of election fraud and “they-took-what-was-ours” cry baby tantrums.

The PM’s prodigal son Yair, often used to beta potentially egregious language and accusations over social media like throwing spaghetti tweets on a virtual wall to see what sticks, added his own characteristic low blow on Twitter: “Madness! The left and the Arabs stole the election from us!”

Despite Netanyahu’s antics  – which will undoubtedly escalate – 11 days away from the elections (hopefully the last for a few years), it would not hurt the Left to recognize and acknowledge that Israel does have very real security issues and cannot let its guard down.

Whether it’s Iran and Hezbollah increasing activity in the North, Hamas on the Gaza border or a security apparatus in the West Bank held together by a shoestring and chewing gum that could become unruly with the proper provocation, it is critical for the mainstream Left to show their commitment to security and strength.

As Jews we should also acknowledge the Jewish connection to our holy sites such as Hevron. To claim as Zionists and Jews that we have a connection to the Hevron of Avraham and Sarah, of King David, and to one of the four holy cities of the Land of Israel that always had a Jewish community living there. Leftists too can mourn the loss of the Hevron victims on this 90th anniversary as part of our national collective victimhood, all the while recognizing that living as perpetual victims will not gain us more sympathy all the while the abhorrent situation of today’s reality continues to exist.

Rabbi Josh Weinberg is the Union for Reform Judaism’s vice president for Israel and Reform Zionism and the executive director of ARZA, the Association of Reform Zionists of America.