arzenu embraces a twofold mission: partnering with our local constituents to promote Zionist interest and activities in our congregations and ensuring that Reform Jewish values and interests are represented in the governing bodies of the National Institutions of the State of Israel: the World Zionist Organization, Keren Kayemeth Leyisrael and the Jewish Agency for Israel. We use our political strength in the National Institutions to advocate for our values with the Government of Israel.

Only Israeli citizens get a vote in the Knesset, but all Jews can vote in the elections to the World Zionist Congress. These elections determine the political power balance in all of the National Institutions for the legislative period until the next congress elections. A strong election result for arzenu ensures that the Reform movement will maximise its political influence and provide access to the significant funds distributed by the Zionist movement. How this money is spent is decided based on the strength of the various parties represented at the Congress. Find out more how this process works here. 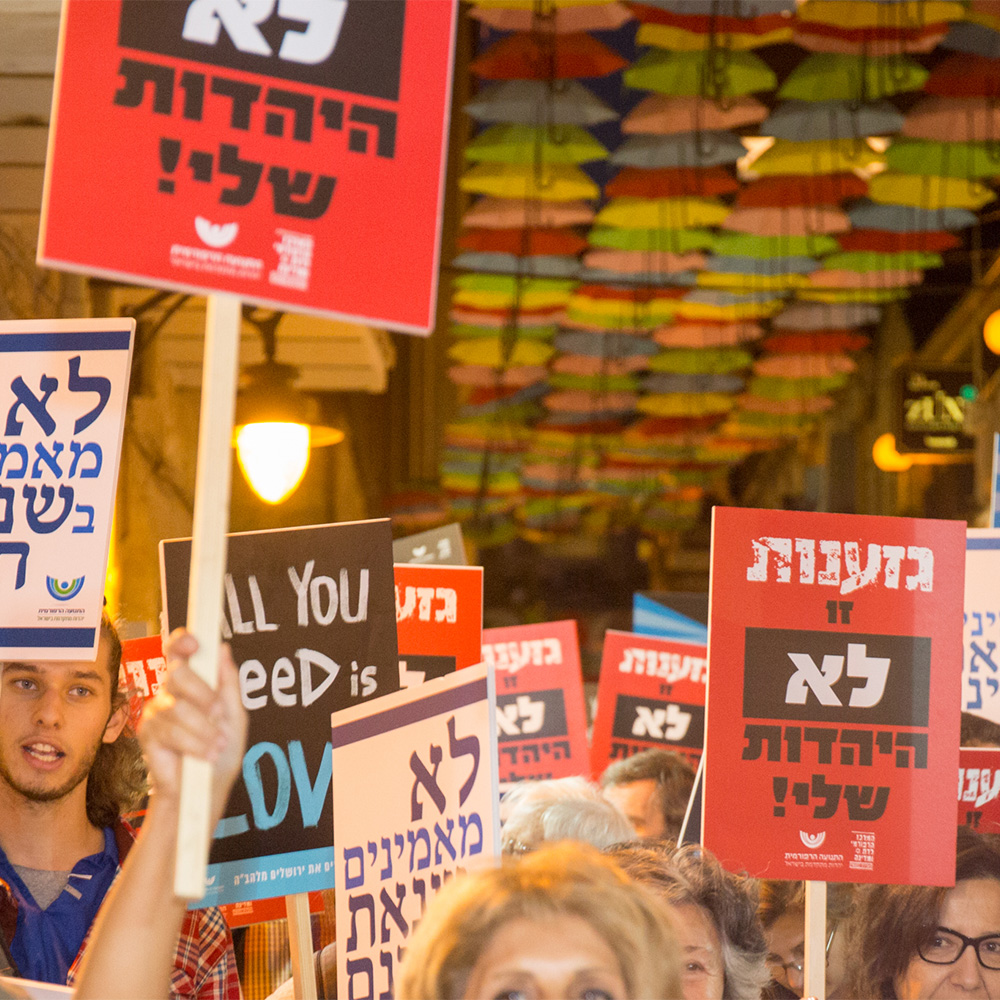 We advocate for Israel: as it should be and must become.

We advocate for Israel: as it should be and must become. We believe in a Jewish State that embraces both democratic values and Judaism in all of its forms as well as protecting the rights of its minorities. We work for the acceptance and respect of the Reform Movement as a legitimate stream of Judaism by the Israeli Government.

We will no longer tolerate institutionalized discrimination against our way of being Jewish: addressing issues of civil marriage, acceptance of non- Orthodox conversion and gender equality throughout Israeli society including at Judaism’s most holy sight the Kotel (Western Wall) is imperative.

We collectively voice our yearning for the completion of the Zionist dream: a modern State of Israel that is inclusive, moral, and a home for all of us; a dream which can be achieved by actualising our Jewish values especially in regards to the treatment of non-Jewish minorities, asylum seekers and other marginalized groups. Read more about the values we believe in and the issues we fight for here.

As passionate Zionists, we believe that Israel should hold a prominent place in all Reform, Progressive and Liberal Jewish congregations around the world. With and through our local constituents, we bring Israel into our congregations and promote the work of the Israel Movement for Reform and Progressive Judaism (IMPJ) by supporting educational activities and visits of Israeli Reform rabbis and lay leaders.

arzenu considers a key aspect of its mission to train our international leadership with a special focus on young adult leadership and empowerment of women. We do this  work through our own leadership programs as well as in partnership with the World Union for Progressive Judaism (WUPJ), our young adult movement Tamar and our international youth movement Netzer Olami. Netzer Olami offers young Jews in 14 countries from Argentina to Singapore, Britain to Belarus, the opportunity to learn about, gain inspiration from and build a meaningful relationship to the modern Jewish State of Israel.

To learn more about our leadership programs and how we might be able to help you bring Israel into your congregation click here.

arzenu considers a key aspect of its mission to train our international leadership with a special focus on young adult leadership and empowerment of women.

We use cookies to ensure that we give you the best experience on our website. If you continue to use this site we will assume that you are happy with it.Ok