The Declaration of Independence

Rabbi John Rosove reflects on the centrality of Israel’s Declaration of Independence. 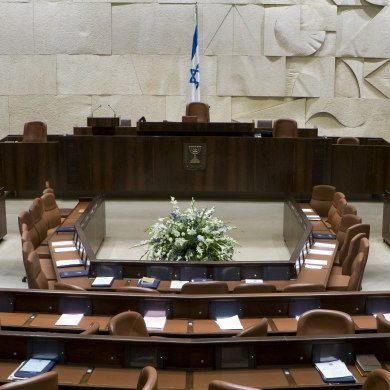 In the forthcoming book, Deepening the Dialogue: Israelis and American Jews Envision the Jewish-Democratic State (New York: CCAR Press, 2019), Rabbi Eric Yoffie and Dr. Ruth Gavison parsed brilliantly what lies at the heart of M’gillat HaAtzmaut’s (Israel’s Declaration of Independence – DOI) aspirations, vision, and principles. As they suggest, the Declaration of Independence is the Jewish people’s and State of Israel’s aspirational mission statement.

The DOI is a majestic document, both enduring and inspiring. Its power and relevance derive from two elements: First, it sets out in broad terms Israel’s fundamental values – commitment to the Jewishness of the state, to its democratic character, and to human rights of all its citizens. And second, it asserts that the tensions and potential contradictions between and among these values will be overcome in the framework of the newly-created state. These tensions are not specifically enumerated. In fact, they are disguised by the DOI’s soaring language and forthright tone.

The DOI is the constitutive and evocative vision statement of Israel…[it] is indeed a moving and great statement. It opens by stating the validity and power of the idea of Jewish self-determination in (a part of) Eretz Yisrael based on both Jewish history and actions, and principles and decisions of international law. It voiced a clear commitment to human rights (individual and cultural) and to democratic principles; and it sketched the aspired relations between the new state and its neighbors, the Arabs of the land, and Jews living outside Israel…The DOI recognizes the importance of what I call the ‘Three Circles of Solidarity,’ which were seen as critical for the success of Israel: (1) The bond between the residents and citizens of the country …irrespective of religion or race or nation; (2) The bond with all Jews…; and (3) The bond with the Jews of Israel.

Rabbi Yoffie shines a light, however, on an unresolved ideological and political disagreement within Israel itself, and he warns about the damage that the Knesset did in July 2018 when it passed the “Jewish Nation-State Law.” He believes that the law “ripped the heart out of the careful balancing of values set forth by the DOI and upon which the state’s founders so laboriously constructed Israel’s national identity.” Rabbi Yoffie suggests that Israel pass as an antidote to the Jewish Nation-State Law a ”Declaration Law,” a basic law that consists of the entire text of the Declaration of Independence thus making the document more than a visionary statement.

The discussion between Rabbi Yoffie and Dr. Gavison is what Deepening the Dialogue: Israelis and American Jews Envision the Jewish-Democratic State is about. Our hopes for this dialogue is a recognition that, as Dr. Gavison notes, “the broad agreement among Jewish communities worldwide that Israel should remain Jewish, democratic and committed to human rights” is the starting point of a conversation that needs to include all Jews throughout the world and all the citizens of the state of Israel regardless of religion, culture, or ethnicity. The tensions inherent in Dr. Gavison’s “Three Circles of Solidarity” and the aspirational Declaration of Independence, if debated openly, will carry the Jewish people, the State of Israel, and all its citizens forward into the next generation. That is no small matter and arguably is the greatest challenge facing Israel as the national home of the Jewish people.

Rabbi John L. Rosove is senior rabbi emeritus of Temple Israel of Hollywood in Los Angeles, CA, the immediate past national chair of the Association of Reform Zionists of America (ARZA), and a co-chair of the Rabbinic and Cantorial Cabinet of J Street.

This post was originally published on the Reform Judaism Blog.